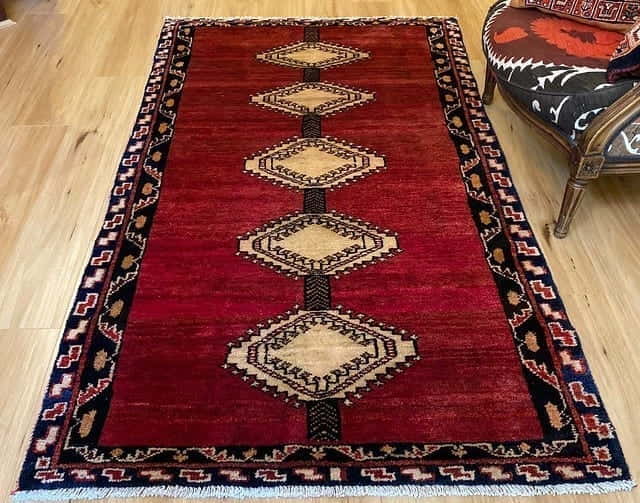 The Influential History of Persian Rugs 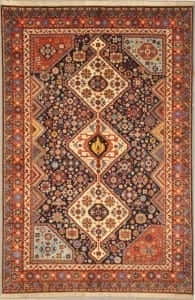 Persian rugs are hailed as the finest and most exquisite rugs in the world for their craftsmanship, elaborate designs, and remarkable weaves. Hand-woven carpets and rugs are a staple to the Iranian economy, and to this day, there are millions of rugs produced annually that generate a significant amount of the country’s income.

While the carpet weaving industry began as a minor yet productive market, it has expanded to incorporate a number of unique weaves and patterns that make Persian rugs some of the most outstanding in the world.

The earliest known Persian rug dates back to circa 500 B.C. The Pazyryk carpet was unearthed in the year 1949 from the grave of a chieftain, and archeological findings indicate that the gravesite had been closed for centuries. Since the rug was preserved in ice, the remnants give observers a startling glimpse into the intricacy of Persian rugs woven 2500 years ago. Since other carpets and textiles created during this time period were not preserved in this manner, it is often difficult for archaeologists to make an accurate prediction of the date of their origin.

The first known documentation of Persian rugs is found in a number of Chinese texts from the Sassanid period (circa 200 – 600 B.C.) Historical accounts also indicate that the court and palace of Cyrus the Great was decorated with a number of elaborate carpets and rugs. Since these rugs were so well woven with beautiful fabrics and designs, it illustrates the importance and evolution of Persian rugs.

Dying Centres in the Islamic Period 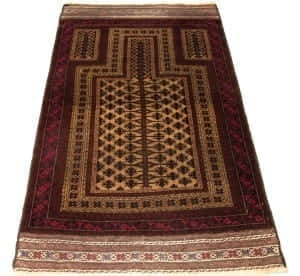 In Persia, there have been notable dyeing centres that performed an integral role in the development and production of rugs. During the Islamic period, the Azarbaijan Province was distinguished as one of the largest epicentres of rug production in the region, and a great deal of weaving also took place in the Tabarestan Province as well.

A number of different carpets were used during this era, some as traditional floor coverings and others as prayer mats. Prayer mats were small squares of fine carpet used by people during their daily prayers.

Several other city centres in Iran were instrumental in the development and production of Persian rugs. Each of these areas produced unique and distinctive types of rugs that illustrated their unique artistic themes and ornamental designs. Tabriz was one of the most prominent city centres in Iran for the production of rugs, and many of the rugs found in this region were inlaid with medallions that depicted scenes of animals with vines spread throughout the rug.

The Kashan city centre was best known as a producer of silk carpets and rugs, and these types of rugs often symbolised the significance of hunting. Mounted hunters were shown launching an attack against their animal prey in these beautiful, silk carpets. Some of these carpets have been preserved and placed in museums around the world including the Museum of Fine Arts in Boston and the Vienna Museum of Applied Arts. Since these carpets were constructed of fine silk with dynamic patterns and designs, they are exceptionally valuable.

While the silk carpets from the Kashan city centre are the most valuable, the carpets from Herat are the most plentiful. These types of carpets generally incorporate a red centre with blue or verdant green borders as well as palmettos and sprawling vines.

Kerman carpets were varied and abundant also. These types of carpets usually feature a unique and elaborate design. The most prominent types of Kerman carpets are the garden carpets and the lattice carpets. The gardens were imbued with rich, flowing water and beautifully decorated gardens.

The Influence of Persian Rugs on the Iranian Region

Textiles became one of the most substantial export industries in the nation during the Islamic Period. Carpets were traditionally used in prominent homes and places of worship. However, Persian carpets were also used to adorn walls and other areas in Mosques and other significant city centres. Looms were often used during this period to create the fine textiles and Persian rugs, and these became more widely used with the advancement of time.

Persian rugs and carpets were artistic and refined during ancient times, with their main focus on the bright contrast of colours and the rich symbolism of the region. The elegance and fine craftsmanship used in Persian rugs is one reason that they are so highly regarded in the carpet industry. In addition to these traits, Persian rugs often display the most enticing artistic designs that are representative of the nation from which they were created. This uniqueness sets them apart from many other producers of textiles.

These rugs also provide a sense of utilitarian functionality since they are crafted from resilient materials that often last for many years. This type of usefulness is also a representative of the Persians, and their emphasis was on two defining elements: design and functionality.

Persian carpets and rugs traditionally use symmetrical or asymmetrical knots, distinct from the other types of hand knotted rugs in the world. The asymmetrical knots may be positioned either to the left or to the right after the warp thread has been woven. The Persian knots also became very prominent in other regions as well. Turkey, Egypt, India, China, and Iran all use this type of knotting to produce their rugs. Other types of knots are also used around the world, but Persian rugs can be most often seen with this type of weaving. 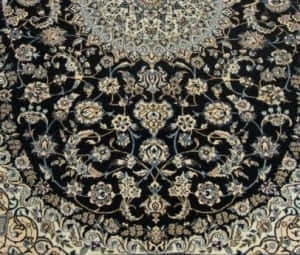 While there are several types of fabrics that are used to create the lavish and intricate textiles in Iran, wool is often used most frequently in Persian carpets. When carpet weaving began to flourish, sheep were bred to produce the amount of wool necessary to meet the demand of the populace. Camel wool has also been used in Persian rugs, as well as Manchester wool and Kork wool.

While silk is a fine material that can be used in carpet weaving, wool is often preferred due to its cost and durability. In Persian history, silk textiles were a prominent decorative item in the houses of nobles or other affluent individuals in the region.

Persian Rugs and the Skilled Artisans in Iran

Persian rugs historically are remarked as the par excellence of the textile industry because of their rich history. The use of fine materials, Persian knots, and meaningful designs has made Persian rugs a principal competitor in the worldwide textile industry. Even in modern rugs, the Persian weave is quite often used because it achieves some of the most beautiful and colourful designs.

A vertical loom, horizontal loom, and the long handed weaving process were used in Iran to create their magnificent textile treasures; however, the most valued types of weaves are those that are meticulously hand knotted. Thus comes the value of the Persian knot, as this allows weavers to take varied colours of thread to create a delicately woven work of art. The precision to detail and the artistic prowess of the skilled weavers in Iran have created a market that is still blossoming with opportunities. The motifs and patterns used in Persian rugs are truly unique, and there is a natural beauty to the Persian carpets that is simply unmatched in other regions of the world.

To view our collection of Persian rugs from Iran click here.