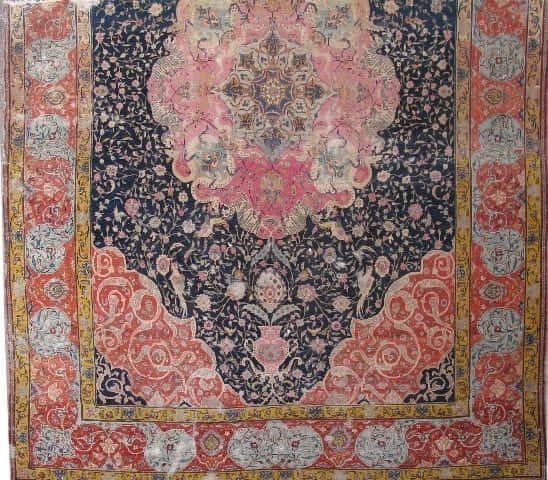 Antique rugs often represent the symbolic history of the region and are imbued with designs that characterise ancient civilisations. Antique rugs often epitomise the historical importance and the unique cultural heritage of a particular region. Many civilisations have produced beautiful, elaborate rugs that are now viewed as antique masterpieces. Rugs have been used to adorn dwellings, to beautify palaces, and to represent art and tradition. Antique varieties can be seen in museums across the world.

Antique rugs are very distinct from their more modern counterparts because they often use more elaborate weaving and spinning techniques. The quality of these rugs is often much higher than their more contemporary counterparts, and this is what makes them such a desirable asset to own.

Historically, Persian rugs have been seen as the most influential and immaculately designed rugs in the world because of their meticulous embellishments and their unique dyes and weaves. Unique knots called Persian or Senneh knots are characteristic of Persian-style rugs, and they are crafted with fine woollen materials or silk. These high quality textiles are highly prized not only for the excellent materials used, but also for the brilliant designs, motifs, and patterns that each rug carries.

The sophisticated artistic design of many Persian rugs is a testament to the skilled artisans that produced these pieces, and their artistic marks are often the element that makes them most desirable. Blending colour, design, and motifs in a vivid display of cultural and historical significance, Persian rugs are one of the most influential modes of expression in modern day Iran. 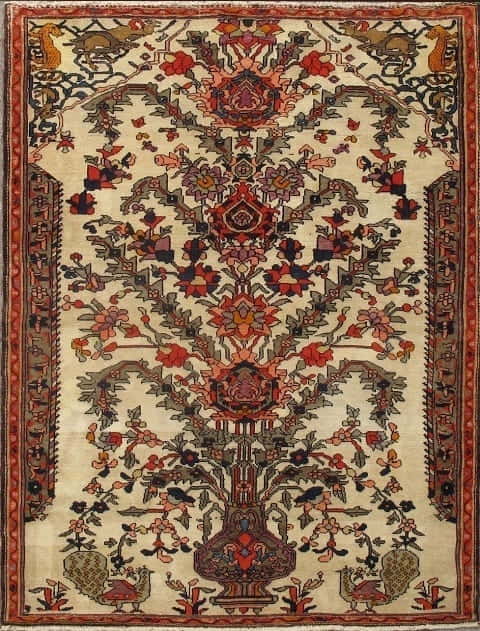 Motifs that are predominantly found in antique Persian rugs include the fundamental geometric patterns as well as floral designs. Designs may also include vines, gardens, animals, combat scenes, and mounted hunters, as well as a number of other intriguing elements. Persian carpets are most well known for their red hue and their borders of deep blue or dark green. Persian designs are often bold, with central medallions and other distinguishing designs.

Persian rugs seemed to become more unique with the passing years, as the weaving methods and design elements were passed down through generations. In many eras of Persia, carpet weaving became a family trade where each member of the clan took part in the production of the rug. Antique Persian carpets were also created with mostly natural dyes. Vegetable, animal, and insect dyes were all used to create the lustrous, brilliant appearance of the textiles, and this adds to the depth and beauty of Persian rugs. 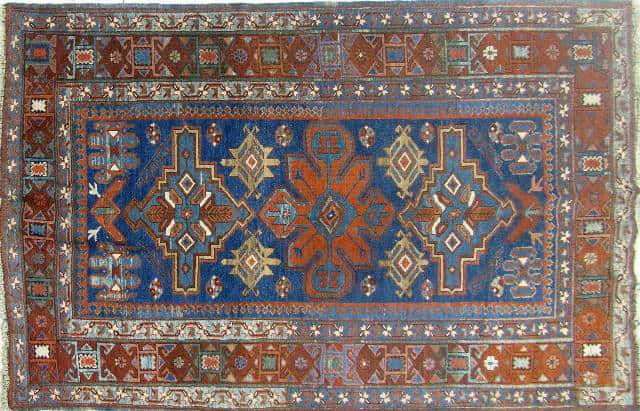 Caucasian rugs are another renowned type of antique rug. These rugs can date back thousands of years, and they are usually characterised by a bold and magnificent design. The native culture of the era inspired the tribal patterns and designs that adorn the beautiful rugs. Harmonic and warm, Caucasian rugs provide a natural beauty with intriguing design elements that are incomparable.

In most Caucasian rugs, the soft threads interlace into geometric patterns. Most of these types of rugs utilise the latch hook method with a Ghiordes knot or single knot. Prayer rugs are very predominant among Caucasian rugs, and their small size is one of the distinct characteristics of this type of rug. Six main colours are used to create these rugs, and they are often seen with one colour dominating the rest to make the piece more aesthetically pleasing.

Mosaic motifs can be found in a number of rugs, referred to as Daghestans. These are some of the most prominent types of Caucasian rugs because of their strength, beauty, and remarkable integration of diamonds, crosses, and other small figures into the shape and style of the piece. Rugs crafted before the 1920’s are more valuable because they are made of a higher quality. Antique rugs are often much softer and more beautiful in hue than contemporary varieties of the same type of rug, and that is one reason that so many antique rugs are favorably valued in many nations.

Many other regions in the world have crafted unique and exceptional rugs, and by remarking on the illustrations, designs, colours, textures, and weaves of each of these regions, you will find that 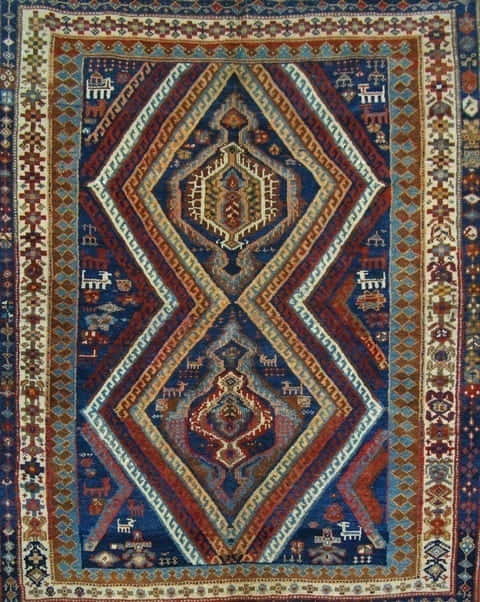 The Safavid Dynasty only lasted for a few years, as they eventually lost power to other surrounding dynasties. However, this dynasty would produce beautifully designed works of art in textiles. The phenomenon of the Safavid rugs became an immensely sophisticated art form established by the urban city centres in the region. The artistic designs of the Safavid rug would reflect the embellishment of the Islamic arts as well as arabesque patterns that flowed effortlessly to create an enchanting and surreal landscape of natural elements.  A central medallion was the cornerstone of most of the pieces that were created during this time period, and the sinuous flow of the design elements perfected many of the designs associated with other antique rugs.

Indian carpets and rugs also provide a glimpse into the ancient art of rug making. One of the most influential eras for the production of rugs in India is during the Great Mogul Dynasty. As with many other regions, artistic displays became very predominant in the Mogul Dynasty, and the incorporation of unique design motifs was standard in many of these ancient rugs. As a representation of local Indian culture and heritage, the weavers introduced new styles and designs in the 17th century. European influences on the arts became more pronounced, as floral designs took on a new shape. The carpets generally exhibited fresh natural tones of red and green contrasted with ivory or white. The “Pashmina” wool used in the carpets produced during the Mogul Dynasty is rich and very soft, making it much more desirable among nobles.

The ancient Egyptians refined the art of carpet weaving with their distinctive style and technique as well. In the Middle Kingdom, established in the 21st century B.C., artwork was uncovered indicating that rugs were produced during that era. Some of the ancient tombs display artwork with women weaving threads into carpets and rugs, and the rugs very nearly resemble Oriental rugs. While the precise timeline of the origin of carpets and rugs remains unknown, it is clear that rugs predate the Middle Kingdom, which gives an interesting glimpse into the evolution of the rug.

Other areas of the world like Spain, Great Britain, and Portugal have also had a significant impact on rug making. Although these regions are not well known for their rugs, Islamic influence encouraged rug makers to encapsulate new weaving techniques. The Spanish carpets are woven with a true knot, unlike any other type of knot found in other parts of the world. These knots are not looped, and the colours are often very soft, warm, and inviting. The Arraiolos rugs in Portugal are a remarkable display of the craftsmanship and the skill of the artisans in this region. The hand knotted and embroidered rugs offer a beautiful contrast of earth tones and brilliant hues. The designs used in Portuguese rugs are also very unique. 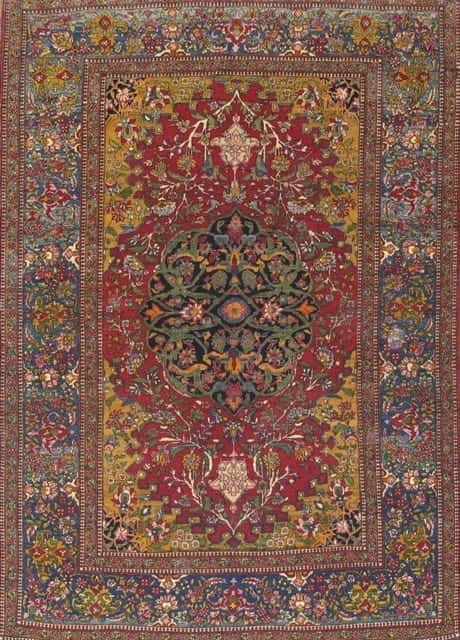 Turkish rugs are also some of the most widely acclaimed rugs worldwide. The style and flair of these rugs is symbolic of the distinct cultural presence of the region, and there have been a number of significant advancements in textiles with the double-knotted rugs. Turkish rugs have a significantly different weave with twists and knots forming the intricate and elaborate designs that are often seen in ancient rugs.